The Society was instrumental in the designation of the Felpham Conservation Area in 1985.  It continues to keep a watching brief and will be very active in the review of the area currently being carried out by Arun District Council (ADC).  That review was out for public consultation in the spring of 2016, as at January 2020, still has not been concluded. 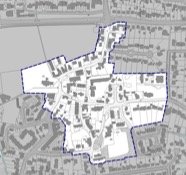 In 2013 the Society, along with the Greener Bognor Network, the Felpham Art Group and the West Felpham Flood Action Assembly, launched a petition to have Church Field included in the Area. The petition attracted over 1200 signatures in favour and was the subject of a formal parish meeting. The Parish Council subsequently supported the inclusion of Church Field in the Conservation Area.

The Conservation Area includes many of the listed buildings and also one of the Local Green Spaces being Old Rectory Gardens.